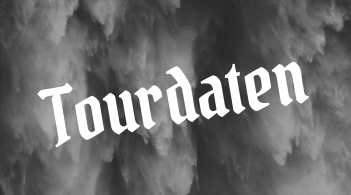 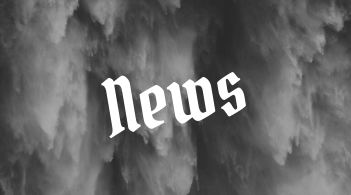 Iron Maiden was formed in the UK in 1975 by bassist Steve Harris, guitarists Dave Sullivan and Terry Rance, drummer Ron Matthews and frontman Paul Day. However, the band’s first album „Iron Maiden“ was only released in 1980 with an almost completely new line-up. Like Saxon, Def Leppard, Judas Priest and other bands, Iron Maiden is assigned to the New Wave Of British Heavy Metal. They are one of the most commercially successful and well-known bands in the metal scene. To date, more than 100 million records have been sold. The band is known for their mascot Eddie.

Iron Maiden was formed on December 25, 1975 by bassist Steve Harris, who is still active today. In addition to Iron Maiden, Harris also has “ British Lion ” as another music project. Before forming Iron Maiden , Harris was in the band Gypsy’s Kiss, but left due to musical differences.

Harris came up with the name Iron Maiden through the movie The Man In The Iron Mask. It is often assumed that the band’s name is an allusion to Margaret Thatcher, a former British Prime Minister and politician known as the „Iron Lady“. However, the London bassist emphasizes that this is not the case. The “Iron Maiden” is much more an old instrument of torture. However, the band later made references to the Thatcher affair: they were seen on the covers of the singles „Sanctuary“ and „Women In Uniform“ along with the mascot Eddie.

In the context of hard rock and heavy metal, the band was founded at a bad time in terms of time. Bands like Judas Priest and Motörhead already existed but weren’t very well known. Punk music and disco music were much more popular in England at the time. For this reason, the then record company Harris & Co. advised them to try punk music and the image that went with it. That would be better marketed.

The band’s first live performance followed less than half a year after it was formed on May 1, 1976 in London. At this point there were already personnel changes: Dave Murray, who still plays guitar in Maiden today, and Bob Sawyer replaced the two original guitarists Terry Rance and Dave Sullivan. Frontman Paul Day was also replaced by Dennis Wilcock. A little later Sawyer left the band. From then on, the British appeared as a quartet. In 1978, frontman Wilcock was replaced by Paul Di’Anno and Matthews made way for Doug Sampson on drums. In this formation (Steve Harris (bass), Doug Sampson (drums), Paul Di’Anno (vocals) and Dave Murray (guitar)), the Brits recorded a demo on December 31, 1978, which was later sold in a small edition as a record became.

In 1979 Maiden was able to recruit Rod Smallwood as manager. This had already gained popularity in London and the surrounding area through several concerts. In November of the same year, the Brits received their first record deal with EMI thanks to their continued success.

Iron Maiden then celebrated their first real successes in the following years from 1980 to 1982. In 1980 there were already personnel changes again: Tony Parsons rejoined Maiden as second guitarist, which meant that the Brits were five again. But Parsons was quickly replaced by Dennis Stratton. Also, Doug Sampson was replaced by Clive Burr. Sampson’s reason for leaving the band was that the hard life of touring was endangering his health.

The debut album “Iron Maiden” was then recorded with this cast in 1980. Dave Murray and Dennis Stratton on guitars, Paul Di’Anno on frontman, Clive Burr on drums and Steve Harris on bass. Since the debut album, the band has been accompanied by their mascot Eddie at every performance. Eddie is also featured on every cover. Outside of London, the Brits rose to prominence after appearing on BBC’s Top Of The Pops. There they performed with their single „Running Free“ and became the first band since The Who to play without playback. This was followed by a tour of the UK supporting Judas Priest and a European tour with KISS .

In 1981 the second album “Killers” was produced. The album’s producer was Martin Birch, with whom the band worked until 1990. Guitarist Stratton was replaced by Adrian Smith before recording began. The reason for this were musical differences between Stratton and band founder Harris. With the album Killers, the band went on a major world tour, which included a total of 129 performances in 14 countries.

The pressure of success was becoming too much for Paul Di’Anno. He started drinking, which made him unreliable and forced him to leave the band. From then on, Bruce Dickinson was active as the frontman for Iron Maiden . The next album “The Number Of The Beast” was recorded with him in 1982. With this album, the British made their worldwide breakthrough. The album sold over a million copies. Almost all of the pieces on the album are still considered classics of the heavy metal genre . The album was followed by another tour as a support act, this time with the Scorpions.

After their breakthrough with the album „The Number Of The Beast“, the Brits were able to build on their success with their albums Piece Of Mind (1983) and Powerslace (1984). In December 1983, Iron Maiden performed alongside the Scorpions, Def Leppard, Krokus, Ozzy Osbourne , Michael Schenker Group, Judas Priest and Quiet Riot at Dortmund’s Westfalenhalle. In 1984 and 1985 the band went on an extensive world tour, which was followed by the release of the live album „Live After Death“ in 1985.

The next studio album “Somewhere In Time” followed in 1986. With this album, the musicians used the then new guitar synthesizers for the first time, which caused mixed reactions among the fans. The follow-up album „Seventh Son Of A Seventh Son“ in 1988 was also a rather controversial album. Afterwards there was a tour, whereupon the CD Maiden England was created as a limited edition. On this tour they also headlined the well-known Monsters Of Rock festival in Leicestershire, England.

Fan response to the albums Somewhere In Time and Seventh Son Of A Seventh Son was mixed after Maiden experimented a lot. Steve Harris then wanted to return to the rough old sounds, but met resistance from Adrian Smith. It went so far that Smith didn’t feel comfortable anymore and Harris demanded that he really give everything on the next album or rather leave the band. After Smith’s hesitation, he was suggested to leave the band in 1989. In the coming period he took care of his solo project ASAP

Smith was replaced by Janick Gers, brought into the band by Bruce Dickinson. Dickinson met Janick Gers through his solo project. In the following year 1990 the album “No Prayer For The Dying” was released. Also on this album was the song „Bring Your Daughter… To The Slaughter“, which was written by Dickinson for the film „Nightmare 5: The Trauma“. This song was the first and to date the only song by Maiden to reach number 1 in the UK Singles Chart. Nevertheless, the album was rated rather negatively by the press and also by the fans. 2 years later in 1992 the next album “Fear Of The Dark” was released. This album was the first since 1984’s Powerslave, which again received significantly more positive reviews.

At the end of the „Fear Of The Dark“ tour in 1992, Bruce Dickinson announced his departure from the band. Three more live albums were released with Dickinson as frontman: „A Real Live One“, „A Real Dead One“ and „Live At Donington“. At his farewell concert “Raising Hell” an American magician (Simon Drake) was on stage. This included Dickinson in an Iron Maiden at the end of the concert.

The band found it harder than they thought to find a successor to Dickinson. After a break of about a year, the band found what they were looking for in Blaze Bayley. The tenth Maiden album „The X Factor“ followed with him, which again caused a mixed response. Not least because it was just noticeable that Dickinson was missing. The following tours were also less successful. Iron Maiden often played in half-empty halls, although significantly smaller halls were booked than on the previous tours.

In 1996 the best-of album “Best Of The Beast” was released, which included a new song: “Virus”. The album “Virtual XI” followed in 1998 and another tour, which was also less successful. Bayley developed vocal problems and the tour was canceled in late 1998. The band and Bayley then parted amicably. Many fans then suspected the end of the band.